The Hug Button: A simple tool and book suggestions to help young children temporarily separated from

The 'hug button' idea has had some press recently, what with children going back to school after the summer break. Read about the 'hug button' below, along with two book suggestions which may help to ease goodbyes at the school or nursery gates, or for any youngster who is temporarily separated from home or loved ones.

"So my littlest baby had his first all dayer at school today , having been in for a couple of morning settling in sessions. I could tell he was feeling a little emotional this morning so we had a chat and came up with the idea of having a heart each and if we pressed it it sent a hug to the other one (he said he cried as he missed me on his first half day last week) it totally worked! I drew a heart on both our hands and gave him a spare one on his arm in case the one on his hand wore off , we "charged " them by holding hands on the way to school and when I picked it up I said did you get my hugs and he happily said yep! He also said "I pressed it for a long time mummy but I didn't cry " so I said ahhhh that will be that big squeeze I get , did you get my big squeeze back ? " and he said yep ! Bless him." Louise Mallett

Chester Raccoon doesn't want to go to school--he wants to stay home with his mother. She assures him that he'll love school--with its promise of new friends, new toys, and new books. Even better, she has a special secret that's been in the family for years--the Kissing Hand. This secret, she tells him, will make school seem as cozy as home. She takes her son's hand, spreads his tiny fingers into a fan and kisses his palm--smack dab in the middle: "Chester felt his mother's kiss rush from his hand, up his arm, and into his heart." Whenever he feels lonely at school, all he has to do is press his hand to his cheek to feel the warmth of his mother's kiss. Chester is so pleased with his Kissing Hand that he--in a genuinely touching moment--gives his mom a Kissing Hand, too, to comfort her when he is away. Audrey Penn's The Kissing Hand, published by the Child Welfare League of America, is just the right book for any child taking that fledgling plunge into preschool--or for any youngster who is temporarily separated from home or loved ones. The rough but endearing raccoon illustrations are as satisfying and soothing for anxious children as the simple story.

Patrice Karst, the author of the The Invisible String: What began as a way of comforting my own son Elijah when he was sad that I was going to work and he was going to pre-school, became my book The Invisible String. Children of all ages (And yes! Adults too!) feel a great sense of peace and joy realizing that we are all connected to the ones that we love... (pets, friends, grandparents, cousins etc... and especially those that have passed on)...through the Invisible String. A string that can never be lost, cut , or torn. A string that can reach all the way to the moon or down to the ocean floor. A string that even anger, time, or bad feelings can never make go away. No-one is too young or too old to remember that we are never, really all alone. 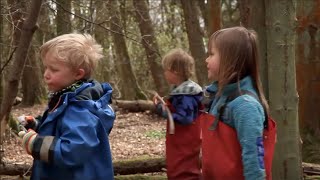 The Importance of Play - a Time for Change and to be Brave ?

The Importance of Play - a Time for Change and to be Brave ?

Stand up to Bullies ! Thank you Burger King for this video - please share. https://youtu.be/mnKPEsbT

The Hug Button: A simple tool and book suggestions to help young children temporarily separated from

Age-by-age suggestions for educating children about their bodies & body safety, and empowering t

10 Steps for Parents and Kids to Tame the Worry Monster

A Simple Strategy to Help Worried Kids. How children can use their imaginations to cope with worries 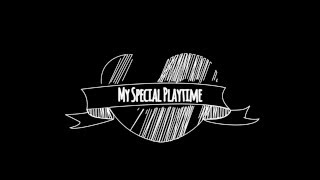 An Insight into Filial Therapy...sharing magical moments with your child like the ones in this short

Fear and Anxiety – An Age by Age Guide to Common Fears, The Reasons for Each and How to Manage Them